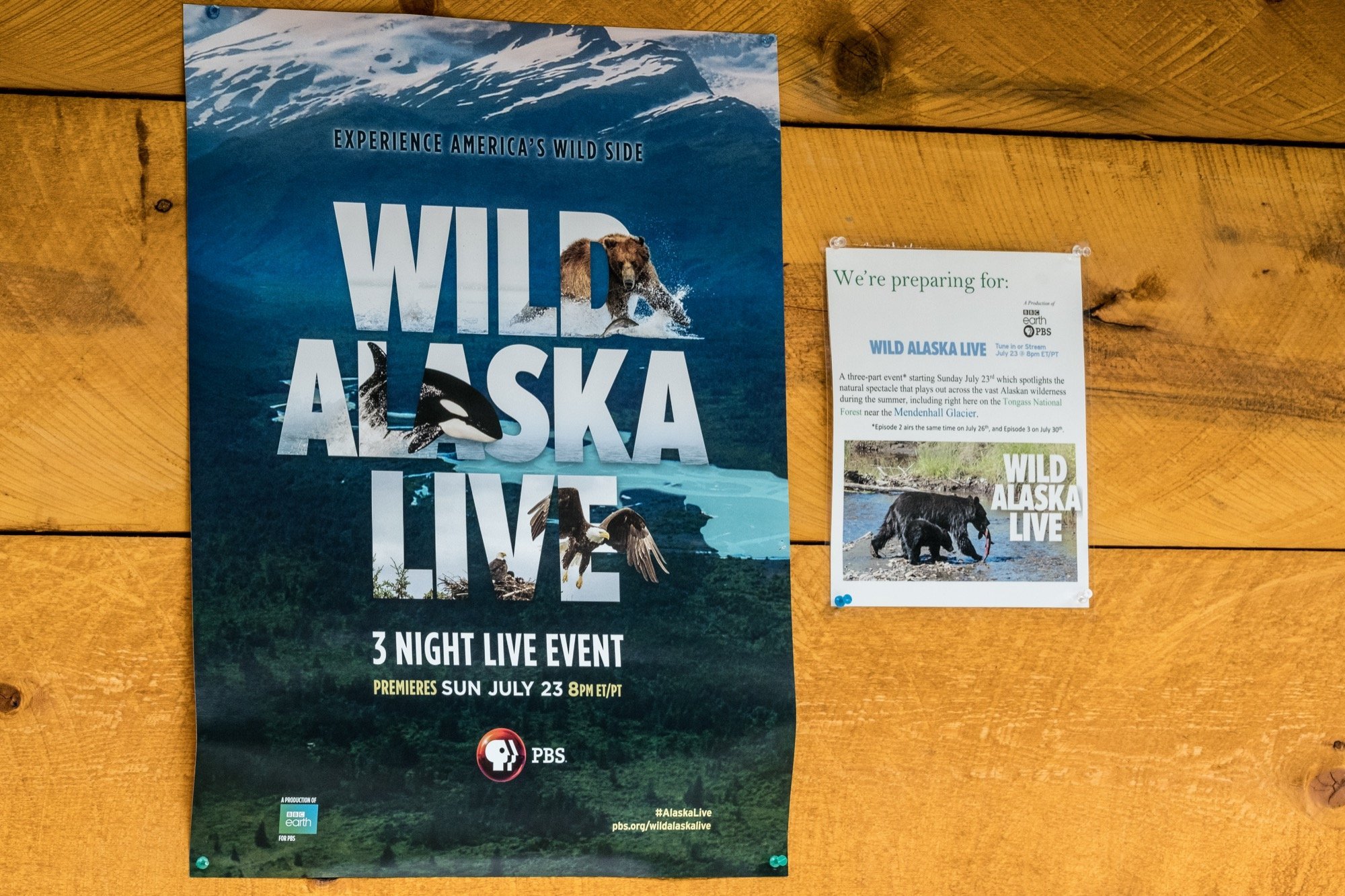 Juneau Tours and Whale Watch does a little behind the scene walk-about at the Mendenhall Glacier before the first episode of Wild Alaska Live airs.

Spoiler Alert: Juneau Tours and Whale Watch is featured in the third and final segment airing next Sunday! 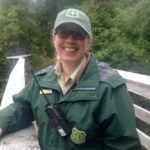 Spending the afternoon at one of our popular tour sites, Mendenhall Glacier, today, a primary location for the first of three episodes of Wild Alaska Live covered by PBS and the BBC I got lucky and bumped into Jessica Schalkowsi. Her job is to manage special-use permits for the Tongass National Forest, including the glacier.

Generously, Jessica relayed some great anecdotes about the 80-strong production and television crew, and kindly introduced me to Neil and Nigel, two of the BBC’s very own remote cameramen.

In fact, the moment we spotted the Wild Alaska Live cameramen from a footbridge upon one of the trails, they were crouched down, tending to a defective camera in the forest pointing towards the creek. Just hours earlier, a black bear had come padding along, no doubt in search of lunch a smorgasbord of salmon and trampled over the camera equipment. Hey: it’s no teddy bear’s picnic. With some last minute repairs made, I grabbed the guys for five minutes to find out more.

With bear damage limitation executed to the said camera, all the underwater cameras remained unharmed, safeguarded in waterproof housings. So I asked how they did the same for the underwater microphones, also strategically located in the creek. Nigel’s answer: condoms! The only thing capable of protecting the devices without muffling the sound quality safety first! 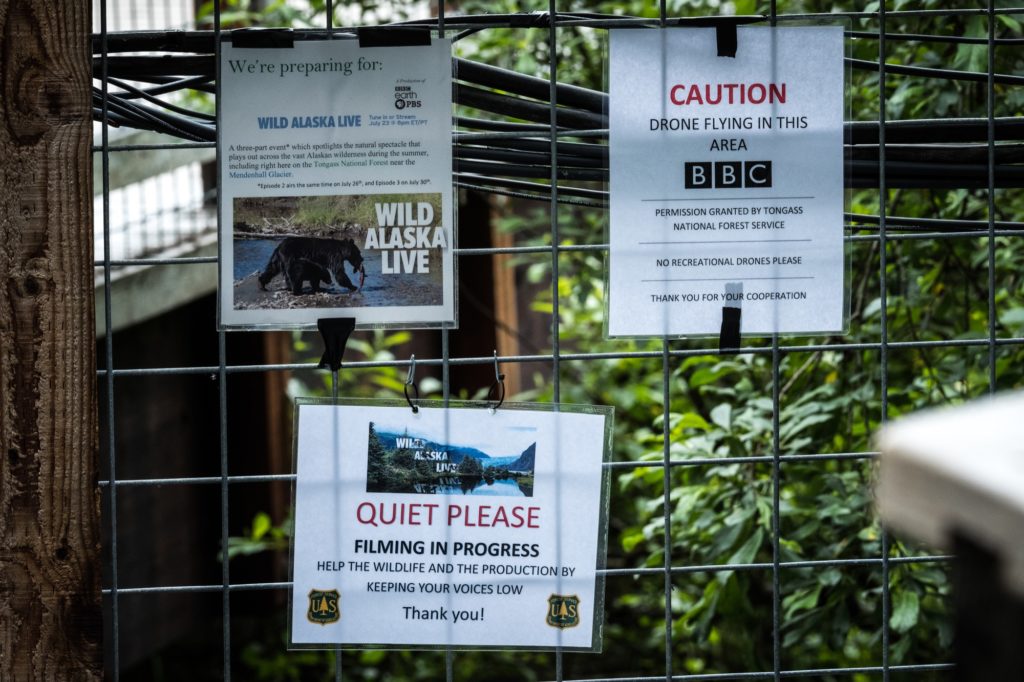 The morning saw BBC presenter Matt Baker host the show for the British audience, nine hours ahead of us in Southeast Alaska. Later when I arrived, a quiet hush permeated through the park, as Chris and Martin Kratt hosted the PBS Wild Alaska Live episode 1. Behind the scenes, Jessica talked about the British portion of the editing personnel, working tirelessly over 12-13 hour days by requesting a constant flow of tea. As a tea lover myself: I hear you, ladies and gents.

See some behind the scenes of Wild Alaska Live for more.