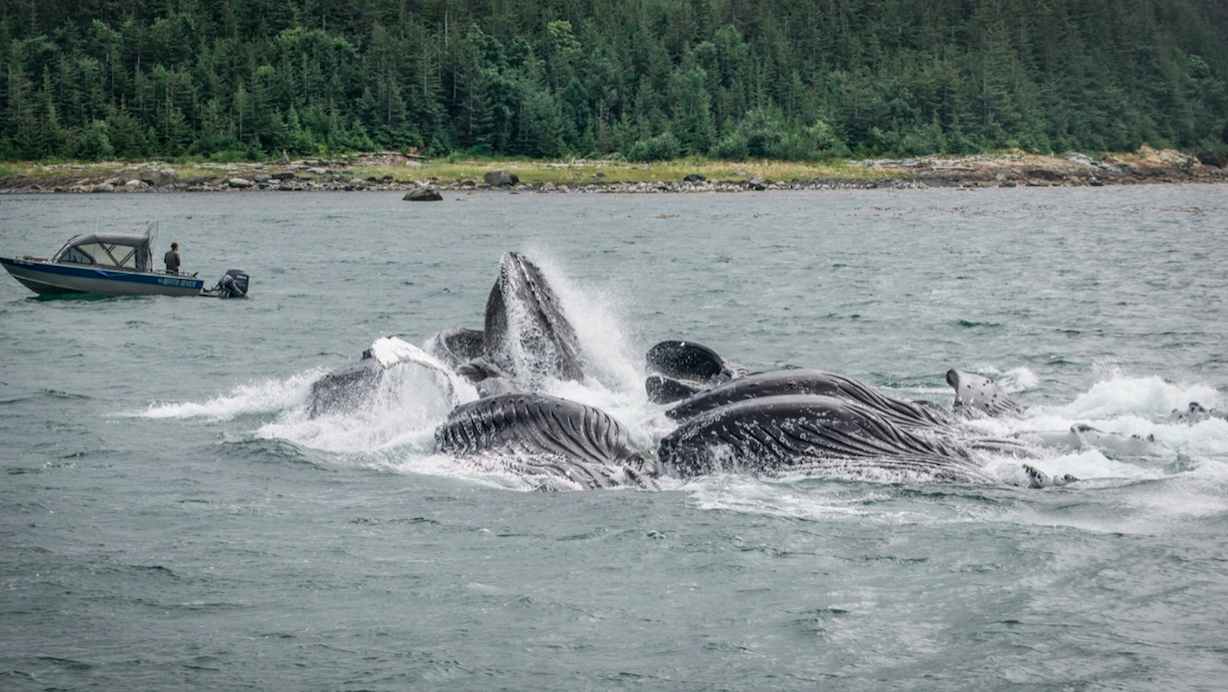 Will I See Bubble-Net Feeding in Juneau, Alaska?

The 64 million dollar question! Before offering an insider’s perspective on the likelihood of you seeing bubble-net feeding, firstly, just what in the watery world is bubble netting? In a nutshell, it’s a unique and complex feeding strategy employed by certain humpback whales that come to Juneau’s nutrient-rich waters in Southeast Alaska. To a humpback’s mind, why dine elsewhere when the local refrigerator is packed to the gunwales with goodies? 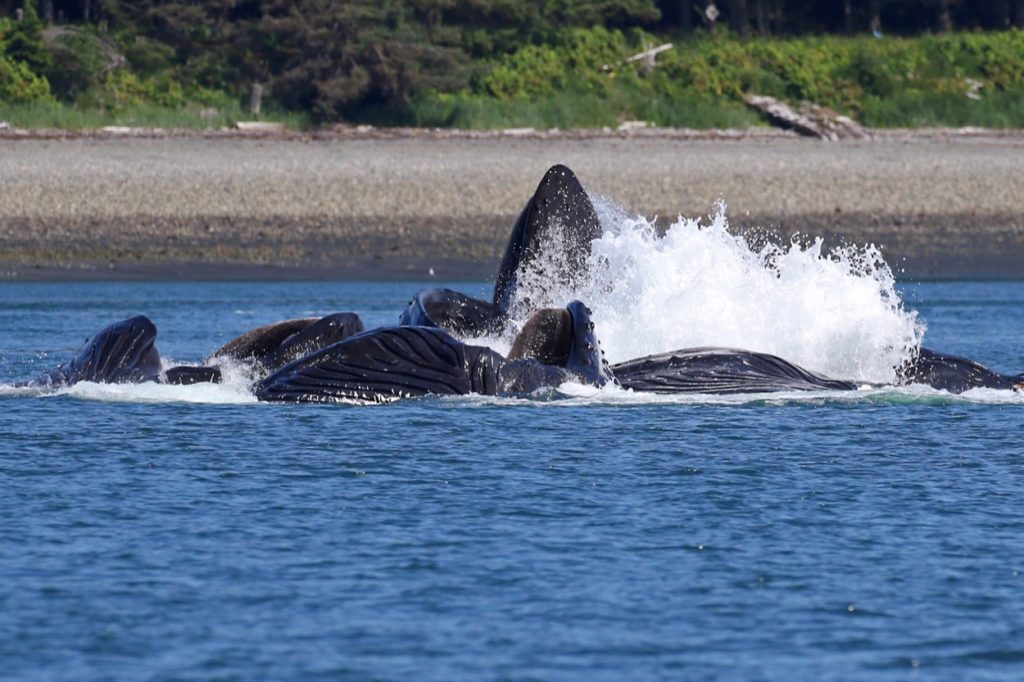 What Happens During Bubble-Net Feeding?

Ordinarily, humpbacks are solitary creatures that travel alone. The bubble-netting behavior sees a group of humpbacks come together, and rapidly circle in an upwardly shrinking spiral. All the while blowing bubbles beneath a school of fish, commonly herring teeming the waters in the summertime. The herring get corralled into the net, produced by the whales’ precise, fine-scale movements and finely tuned teamwork.

NOAA (the National Oceanic and Atmospheric Administration) studies delve into the whys and wherefores. Essentially, the whales coalesce in a jumble of glistening bodies, sounds, splashes and raw energy. Then they efficiently scoop up lunch with their mammoth-sized mouths, gulping thousands of fish at once. It’s over in a flash and you never know the exact spot where the whales will engage in the behavior. 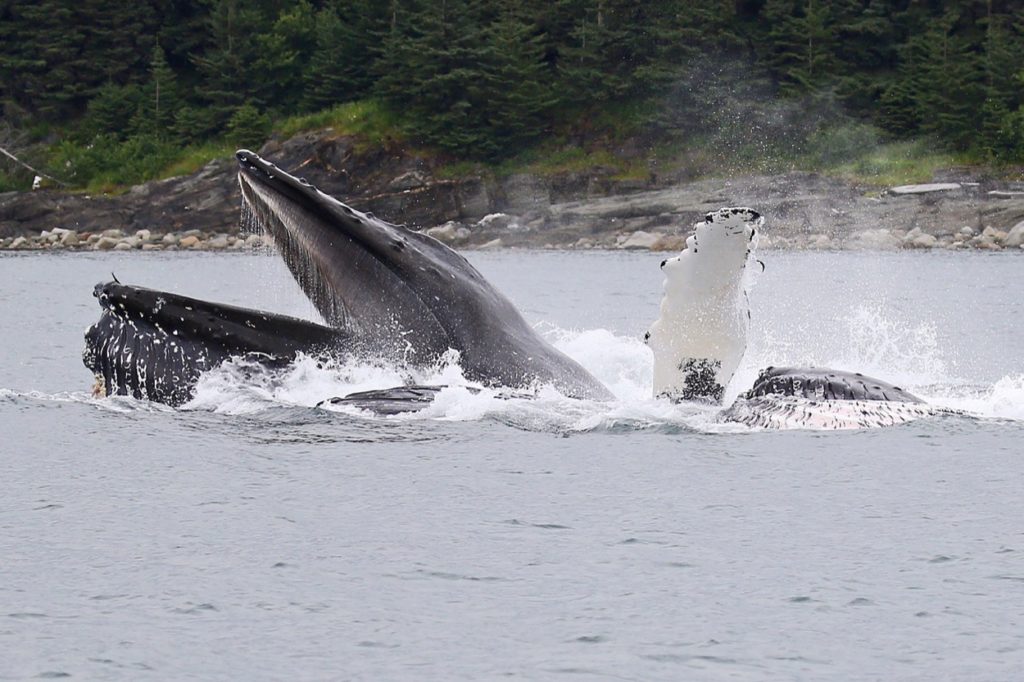 This year, a small portion of our guests enjoyed a handful of random bubble-net sightings in May. The feeding technique orchestrated by the humpbacks didn’t occur again until the beginning of July. Incredibly, despite previous trends forecasting the activity to last no longer than a fortnight or so, the bubble netting has continued into August. Trust us when we tell you that we, as much as the local scientists and university students studying whales, are just as surprised by its brief continuity this year! Historically, trends show that the phenomenon is fleeting as much as it is sporadic. Certainly not one we can offer any comforting assurances towards. 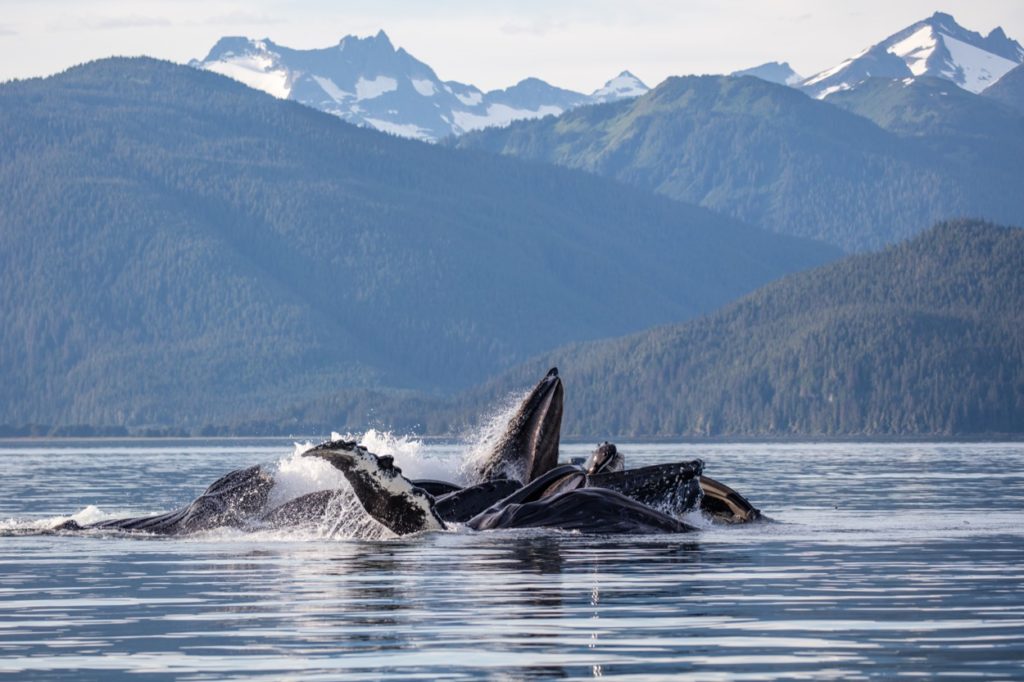 What Are My Chances Of Seeing Bubble-Net Feeding?

Timing is everything, right?! Our guests that struck gold and glimpsed the rare spectacle of the bubble-net feeding, had stellar good fortune. “Lucky” is a weak term for witnessing such an activity. That’s not to say you won’t see it. It’s a gamble and you might, you just never know. Appreciating humpback whales are wild animals, Mother Nature bestows free reign on her creatures to assume their own schedule. As much as we would adore for all our passengers to witness the uncommon event, it’s a case of the universe having to align. You know that “right time, right place” magical thing, well, bubble netting happens on those occasions.

What We Can Promise

Fear not, your luck’s still in. With 100% confidence from our years of experience in the whale watching business, what we can promise, is that you will see humpbacks on our whale watching tours! That’s a given during the season, which runs from the start of May through the end of September. In the unlikely event that you don’t see a single whale, we’ll give you every cent back. Namely, we guarantee whale sightings but what we can’t guarantee, is what they’ll be doing when you see them.

In the meantime, see our guest’s Facebook photos and videos: they’re awesome. 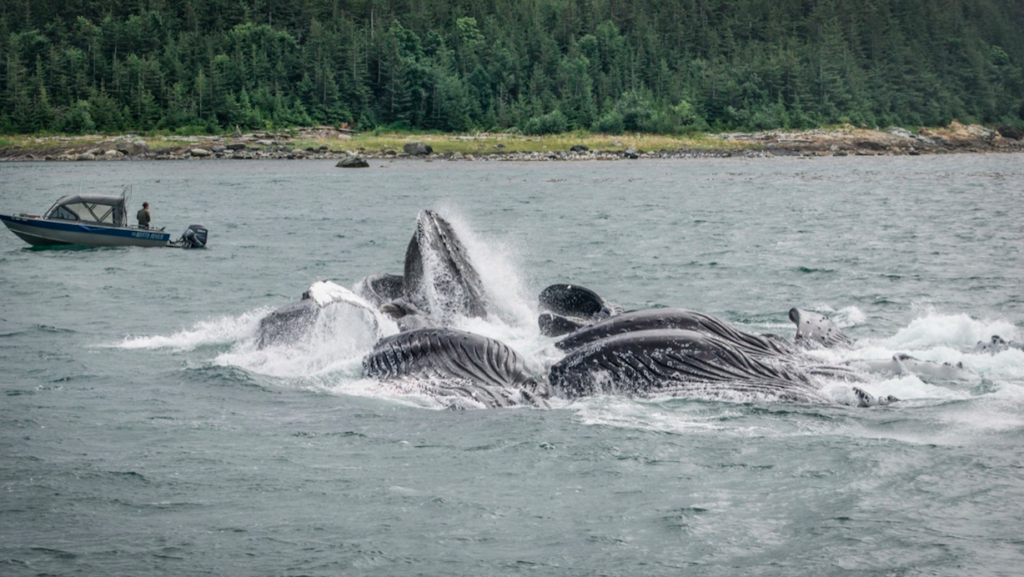